My first foray into solo travel was, looking back, perhaps a bit punchy. After travelling with my cousin for three months, I set off from Koh Tao in Thailand for the start of the rest of my round the world trip by myself, kicking off with a 32 hour journey to Kuala Lumpur. My three days in the Malaysian capital were not fun. Everyone at home was celebrating the Royal Wedding  over a long bank holiday in the sunshine; I’d left friends I’d made whilst diving and I arrived to torrential rain. I hated it and I was miserable. Homesickness hit me like a freight train. But this too shall pass, and within a few days I was okay again. I had the absolute best time over those following seven months, much as I had done for the previous three whilst travelling with someone else.

Now, not to say that taking your first step into solo travel on a round the world trip isn’t incredibly rewarding and freeing, but I understand that for a lot of people it’s a big step that may be too much for their first time. I was 22, naive and just absolutely desperate to travel. I’m also an extrovert (I was recently told I am nearly ‘off the scale extrovert’, if that’s a thing) which did and does continue to help me as a solo traveller. But that doesn’t mean that a RTW trip is right for all extroverts as a first time solo trip, and it doesn’t mean that introverts can’t travel solo either. It’s about picking what’s right for you.

My advice to those who want to go somewhere by themselves, especially if they’re particularly nervous or unsure how they’ll fare doing a solo trip for the first time, is to do a city break. City breaks are often comfortingly close to home, involve minimal culture shock and you can even pick somewhere that speaks the same language as you do. Even better is to plan a city break that is well known for a particular interest of yours. Into art? Head to Paris or Florence for your fix. Architecture more your thing? Hop over to Barcelona to marvel at Gaudi. Fancy eating your way through your holiday? The options are endless: try the foodies paradises of San Sebastian or Lyon; Seville for tempting tapas; or Bologna, the food capital of Italy with an actual university dedicated to the art of making gelato.

Here are a few ideas to get you started on planning your first solo trip away.

PARIS
Perfect if you’re feeling antsy about flying or navigating an airport alone, Paris is super easy to reach on the Eurostar and there are regular deals which can get you there and back for less than £60. So what if it’s dubbed the city of love? You love yourself, don’t you? Well take yourself to Paris, then. There’s so much to see and do – I’ve never been able to fit it all into one weekend which means the French capital is the perfect repeat destination, too. I’ve been with my mum, with friends twice and next time I’m going solo. A great destination if you’re particularly into art what with The Louvre, Musée d’Orsay, and Centre Pompidou at your disposal, it’s also a fantastic trip if you’re into sitting outside cafes eating bread, cheese and drinking red wine whilst feeling like you could be Parisian, which I personally very much am.

FLORENCE
I’m a little biased here as Florence is my favourite solo city break I’ve ever done, and therefore think everyone should do it – but then I had just escaped from five days with my extended family. I probably could’ve been in Grimsby and had an incredible time. But seriously, what a fantastic city break (Florence, not Grimsby – I’ve not been to Grimsby but I’m sure it has lots to offer). The capital of Tuscany is small enough that you can walk everywhere without getting too easily lost, offers food so incredible I’m still thinking about it four years later and has a fantastic amount to see and do. Another good place if you’re into art (Florence is home of the Renaissance), as well as architecture – the Duomo and Campanile are stunning. The food for me really secured Florence as one of my favourite destinations though, and I can harp on and on about it for as long as someone will let me.
Travel guide here.

BOLOGNA
Okay so I’m pretty into solo jaunts on Italian soil. There’s just something so inherently chilled about sitting around drinking Aperol Spritz with aperitivo whilst reading a good book or people watching. Plus my ‘thing’ is food, so where better than Italy to indulge in that one true love of mine?  Being on the edge of Tuscany and close to Parma and Modena, there is a real passion for quality and local produce in Bologna, and it’s easy to see why it is the food capital of Italy. The city also has great history (including the oldest university in Europe, dating back nearly 1000 years) and lots to explore, being nearby to other small cities well worth a visit via an easy train journey. Just avoid going in August when everyone escapes the heat of the city for the coast, and many places shut up for a few weeks.
Travel guide here.

EDINBURGH
Another great choice if you fancy getting the train (although admittedly flying is often cheaper), or would prefer to try somewhere without a language barrier, Edinburgh has loads to entertain you – mesmerizing history to learn about, great live music and banging seafood. The Scottish capital holds a certain romance in the winter despite the bitter cold, and if you’re into the arts a trip in August will allow you to fill your days with comedy and theatre at the Fringe Festival. No matter the time of year, do not – I repeat – do NOT miss Mary’s Milk Bar for ice cream. I don’t care if it’s below zero, you have a responsibility to eat excellent gelato.
Travel guide here.

NEW YORK
Perhaps a little more out there given it’s a transatlantic flight away, but you will never be short of things to do in the city that never sleeps, which makes New York a great solo trip. Since you can never fit everything into even the first ten times you visit NYC, you’d barely have a moment to notice you’re doing it alone, and at least if you go solo you don’t have to compromise. Instead you can entirely tailor your itinerary to your own priorities, which with this much to pack in is a definite plus. Amazing sights, innovative restaurants and cocktail bars, a whole other world of shopping – if you want a fast paced trip and are ready to spend some cash, New York could be a great trip for you.
Travel guide here.

BARCELONA
I have – shockingly, criminally – not yet been to Barcelona. I don’t know why, I just haven’t gotten round to it yet. As with most places, it’s on my list. This may well be somewhere I go by myself, since everyone I know seems to have been multiple times and vetoes it on this basis whenever I suggest a trip there. But with dozens of places to eat tapas washed down with plenty of sangria, amazing architecture by Gaudi to discover for the first time and a beach to soak up the rays should I want some relaxing hours by the sea, I’m sure I’ll be just fine by myself. Many a friend has cited Barcelona as a great solo trip and I can totally see why given there’s plenty to do and has the option of the beach as well. The best of both worlds.

THAILAND
Clearly not a city break – I’m not suggesting you shoot over to Bangkok for the weekend, as much as I wish that were possible (I’m a huge fan) – but a fantastic holiday to go on solo. Two weeks in Thailand will give you a great insight into the different and diverse areas of the country; Bangkok, Chiang Mai and one or two islands is always a good idea. Given Thailand’s roads are well travelled by backpackers, you’ll find it easy to meet and chat to people if you want to, whilst also providing the option for seclusion and quiet should you prefer that instead. Somewhere like Thailand for a long haul holiday by yourself is especially great if you’re considering going on a bigger backpacking trip and want to try on the travelling life for size. Kind of like a try before you buy situation. Plus those beaches, that street food and the smiles of the Thai people? There’s a reason people keep going back to Thailand. 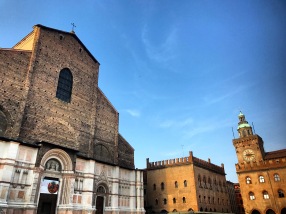 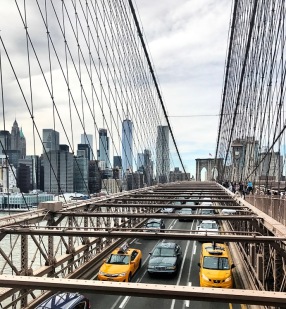 Wherever you decide for your first solo adventure, please let me know all about it in the comments or on Instagram; I want to hear everything!